From the beginning of the Stamp Act and the Intollerable Acts, many Colonial-era journalists – including Ben Franklin and Samuel Adams – wrote about the rising tide of rebellion. The opposing side attempted to loudly discredit them, calling them everything but “Fake News.”

We went to war and broke away from England.

Not a decade later, new sounds were coming from the Revolutionary-era press. It was Franklin again, and others, pushing for a new convention, first in Annapolis, then in Philadelphia.  Shortly, they were the anonymous shouts of John Jay, James Madison and Alexander Hamilton, urging New York to join a new Federal Gorvernment. Again, the opposing side warned the populace that those voices had been false and fanatical.

We know, however, they were right. The Founders set forth a new nation, conceived in liberty that was protected by a new federal government.

Soon, new journalists took up another call for freedom. Frederick Douglass, William Lloyd Garrison and others wrote about emancipation. The told of the evils of slavery.  The other side claimed these Republican papers were frauds and unamerican.

We ended up in Civil War and Lincoln and those liberators brought for New Birth of Freedom. Around the same time, another drumbeat for freedom sounded.  Women deserved the right to vote. Elizabeth Cady Stanton, Amelia Bloomer and others published papers advocating for suffrage. They were called rabblerous by their detractors. It was said they didn’t speak for the women they indeed did speak for.

The 19th amendment came to pass.

Before suffrage came into existence, a new cause arrived. Journalists like Ida Tarbell, Ray Stannard Baker and Lincoln Steffens wrote about the powerful monopolies oppressing the working men and women of the country.

They were derided as muckrakers.  Instead, they helped bring about the progressive movement that gave us weekends, ended child labor and ushered in work safety.

In the 1940s and 1950s, a change came over the press. After ignoring the racial abuses in the north and Jim Crow south for too long, they took notice. Jim Bardo, Sam Lacy and others pushed for baseball’s integration.  Harry Ashmore, Moses Newsome and others chronicled the evils of Southern laws that restricted the vote.

They were often treated as if they’d made up their stories.  Again, we know what happened.

Jackie Robinson showed courage, strength and grace in Dodger blue. He inspired many in the nation, including a young preacher from Georgia, The Voting Rights Acts soon followed. As did the marches, bus boycott and more. 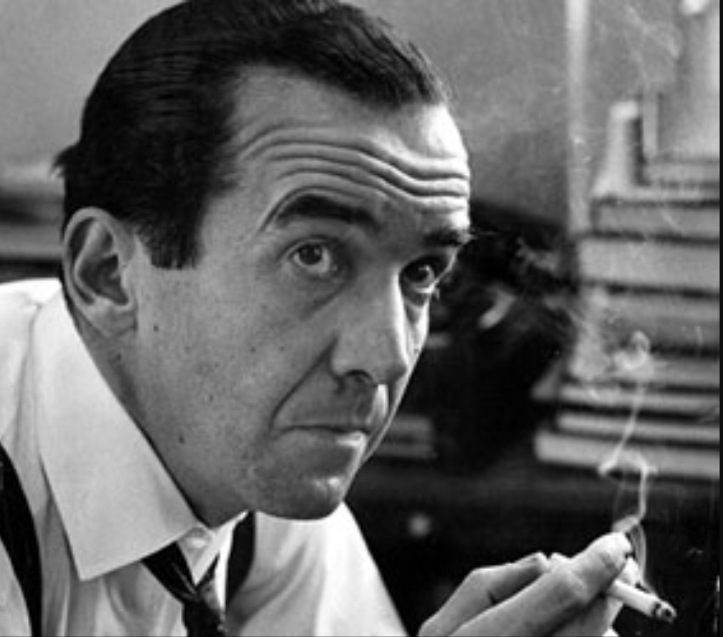 A bully from Wisconsin, there are always Bullies in American Politics, harassed hundreds of hardworking Americans.

It was the American Press, led by Edward R. Murrow, who stood up to Joe McCarthy. And they were called unAmerican.

During the 1970s, journalists like Seymore Hersch uncovered atrocities by American servicemen. He was labeled anti-American. But it wasn’t long before Walter Cronkite, after touring Vietnam, told the American people that we were making a mistake there.

Now, most of the country understands that sending our troops to fight in that battle was a horrible decision.

In June of 1972, a breakin at a D.C. hotel, led to two of Ben Bradlees’s young reporters, Bob Woodward and Carl Bernstein, digging and digging.  Soon, Katherine Graham’s Washington Post reported the president was connected.  The Whit House scoffed. Staffers pointed out any mistake Woodstein made and said they weren’t credible.

This is not to say any journalist is perfect. I was one and worked with some of the most dedicated in the field. I don’t know any who never had to write a correction, or never doubted a word they published.

But the cry of “Fake News” is simply new words for old allegations, whether it’s a lack of patriotism, an error in a story, or claims that something is made up.

The national press isn’t making up stories about Donald Trump’s Russian connections or ethics violations.  Those things are there, being uncovered by the dogged, intrepid and smart journalists at dozens of outlets.

Trump and his supporters can shout “Fake News” as loud as they want. History marches forward and if the rough draft is any indication, we know which side will be remembered for its vigorous patriotism.