An afternoon with the bricks

In recent years, I’ve gotten a Lego set on my birthday. I usually put it together with Michael. We’re building a little beach town for him and his sisters.

This year, however, I got the Woman of NASA set and put it together this afternoon. 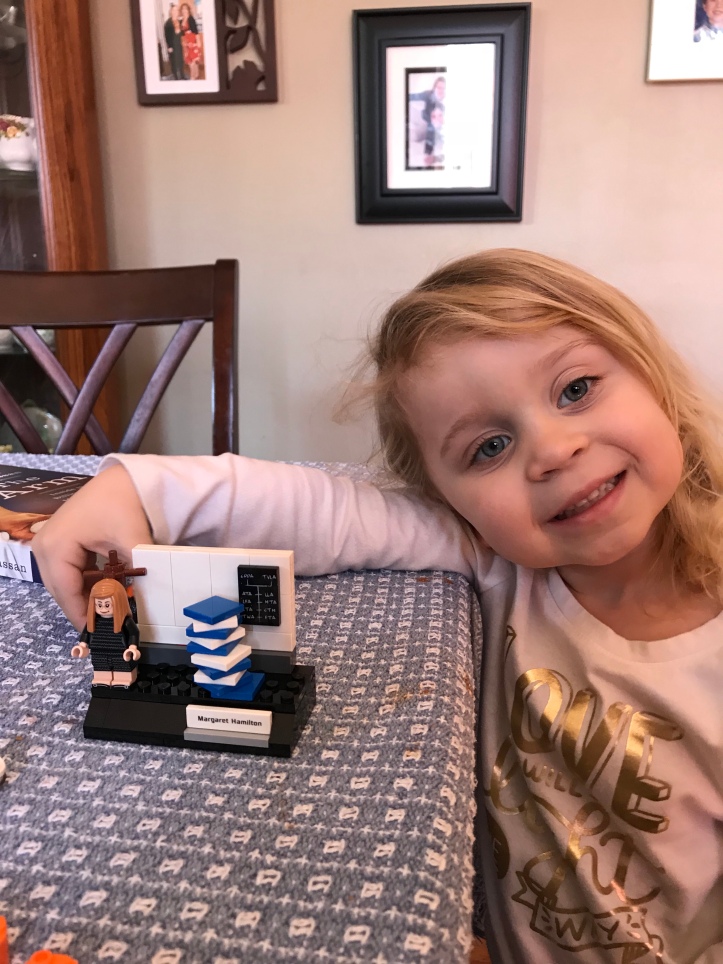 We had a ton of fun. Minnie helped a lot with the Margaret Hamilton piece, but left most of the rest up to me.

One thing that fascinated me was which face Minnie wanted with each head. Like most Lego “characters” the heads offer two faces. For this set, one face had a smile and the other was serious. She picked the smiling faces for Nancy Roman and Mae Jamison. Sally Ride and Hamilton got the serious face. I asked her why she chose the faces. She liked the eyebrows on Sally Ride’s serious face and thought Hamilton looked like a teacher.

It’s pretty cool that NASA and Lego teamed up on this set. (You can also get the Saturn V). I like this outreach to women and girls much better than the Elves and Friends Series. Those series look different from other Lego sets and series. This is a difference from Lego’s previous philosophy that all the sets were for both girls and boys. I think it would have been better had The Disney sets had the regular Lego figures instead of the thin-waisted and angular faced figurines.

A few of the City sets we have included professional woman. There’s a ferry set that includes a business woman in her car. Here’s hoping the City series has some sets that feature only women – and they’re not a beauty parlor but a doctor’s office or a school bus. 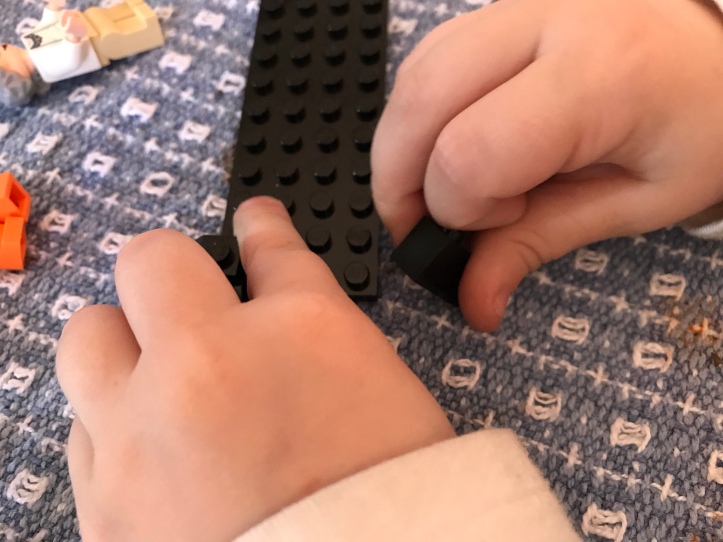