Political panels will be the death of me

Washington Post media columnist Paul Farhi has a great and important column about the panelization of news.  One problem with the fact that so many people get their news diet filled with cable news and the Sunday shows is that they have to watch all of these panels. It’s like only eating crab-covered soft pretzels, drinking milk and thinking you’re getting your needed nutrients. The panel is the go-to way to breakdown the news today.

“From early in its history, cable news found the panel format — featuring people from different perspectives and disciplines — to be a lively (and cost-efficient) way to deliver opinions on current events. The discussions can be enervating, enlightening or infuriating, depending on who is on which side of the food fight.

But, as the Korean news demonstrated, it’s often hard to tell the reporters from the opinion slingers, especially when the panels bleed into the delivery of the news itself.” 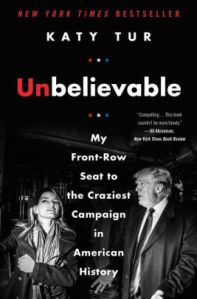 I just finished Katy Tur’s fantastic memoir “Unbelievable” about her time covering the Trump campaign. One of the best aspects of the book is that she’s honest about the issues with panel news. At one point she brings up how she was on a panel but wasn’t allowed to say much even though she was the reporter on the ground.

I’m someone who actually thinks we need more opinion in our reporting, particularly from the reporters who see things up close. I’m not talking about partisan opinions. I’m talking about reporters who are knowledgeable of the fact because they are on the ground and have information on background that might help put issues in perspective. I also think reporters have been too timid to call “bullshit” on elected officials because they’re afraid of looking partisan. Tur touched on this fact in her book, particularly when she talked about reporters craving access and fearing reprisals. (A post for another day: I believe reporters were not afraid to raise the BS flag on Trump as the campaign went on not only because he lied more than the average politician, but because they knew they wouldn’t really lose access. It’s not like Maggie Haberman still isn’t getting calls from “John Barron” despite Trump’s constant attacks on the New York Times.)

The problem with the opinion that we see on cable news is that it’s often just partisan pablum from lickspittles.

News reporters bristle when critics tar them as liberal or conservative. They’re quick to insist that they have nothing to do with the opinion side of their organizations. (“We serve different masters,” Fox News anchorman Shepard Smith told Time magazine this month. “We work for different reporting chains, we have different rules.”)

And yet panels with multiple talking heads arguably make the situation more fraught for them by lumping them with former politicians, think-tank scholars and opinionated party hacks — a blending of news reporting and commentary that’s bound to leave some viewers confused.

Imagine if we’d seen policy experts discuss issues like the passage of the ACA, the Benghazi attack, the recent tax bill. When Constitutional issues arise, for example, 80 percent of  the people on  those panels should be Constitutional scholars like Akhil Reed Amar, Lawrence Lessig, Jonathan Turley and Gillian Metzger. Give viewers the facts of the policy, not the spin of the politics.

I know one problem is that those scholars don’t offer familiarity to viewers, who know Paul Begala, Jerome Corsie and the like. Now it’s true some of the regular panelists can speak authoritatively on certain subjects. Van Jones, on CNN, has worked in environmental issues. Ironically, I rarely see Jones on panels when the environment does come up. 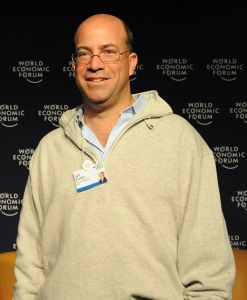 One other issue that Farhi just touched on that viewers probably don’t understand is that it is cheaper to have a set of panelists than it is to do actual reporting. When you pay 12 pundits (I should point out that some of these pundits, such as Gloria Borger, David Gergen and Fred Barnes, are very good.) to be knowledgeable about issues from the political side, you don’t have to have five bureaus around the world and dozens of reporters who dig into specific issues.

ABC learned this in 1968 when it tossed William F. Buckley and Gore Vidal on TV every night to debate the political conventions because it didn’t have the money to journalistically compete with NBC and CBS only to win the ratings war.

I’d be interested to find out if there’s a definite correlation between how how news covered the Benghazi attack compared to how it covered the 1983 Lebanon embassy bombing and how that affected the public’s knowledge of the issue. I’m willing to bet Congress’ stagnation on gun control and public safety has a lot more to do with crimes and terrorist attacks being covered from a partisan political viewpoint than from boots on the ground reporting on public policy at the federal and state level.

The problem, as most things with the media, is that the audience craves something it won’t admit to. It wants reporting that backs up its own biases. Audiences might not stick with a cable broadcast that includes policy experts when partisan arguments are more entertaining.

As Jeffrey Zucker said, he sees his panalists as “characters in a drama.”  And Americans, who put Donald Trump into the oval office, clearly want drama and not answers.

Journalism in America – When you work to get a story only for the source to tell the world on their own.
Bias in the media – The problem isn’t a partisan press.