Were starting the evening at The Chicken Coop in Wilkes-Barre. It has the best wings in the region. We’re getting two orders of boneless and an order of pretzel logs while watching the first few innings.

Michael: Who is that?

Me: Alex Rodriguez, he’s one of the best players of all time.

Michael: And who is that guy?

Me: David Ortiz, one of the best home run hitters in Red Sox history.

Michael: And who is that guy?

Me: That’s frank Thomas, the greatest hitter I ever saw.

The food has arrived. 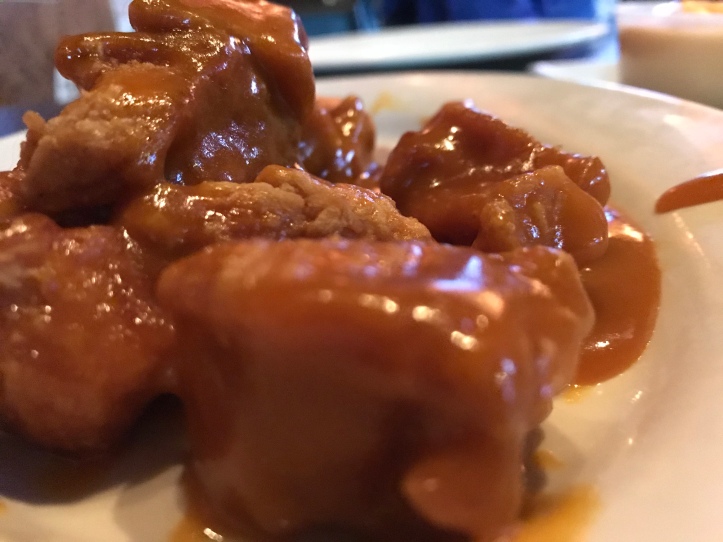 Eat your hearts out.

James Taylor singing the National anthem for any prestige sporting event in 2018 is proof that event is chugging toward irrelevance.

Boston pitcher Chris Sale is painting early. The pitch he struck Brian Dosier on was just unhittable, up and in.

He set up Justin Turner with beautiful pitches on the black.

Even the pitch David Freese singled on was decent.

It’s going to be a long night for the Dodgers if he keeps this up.

The downside is that he’s missed his target by a foot several times and gotten away with it.

I keep forgetting David Freese is on the Dodgers. I’m not sure why! He just missed a foul ball. Then a second ball was hit to him and I thought, “Hey, when did he become a Dodger?”

Heading home. The boy has to go to bed.

The game is all tied up. Neither pitcher has looked dominant since Sale’s first frame. It’s hard to imagine either one lasting through the fifth.

We’re home now. Mike is in bed and we’re listening to the Red Sox broadcast.

This game is insane. It won’t end until 4 p.m. tomorrow. Both starters are out.

I do have to say the strike zone tonight was incredibly tight. Kershaw and Sale probably should have been in the fifth at this point with both of them giving up 2 or fewer runs.